A MUST HAVE ETIQUETTE GUIDE TO AFTERNOON TEA IN LONDON 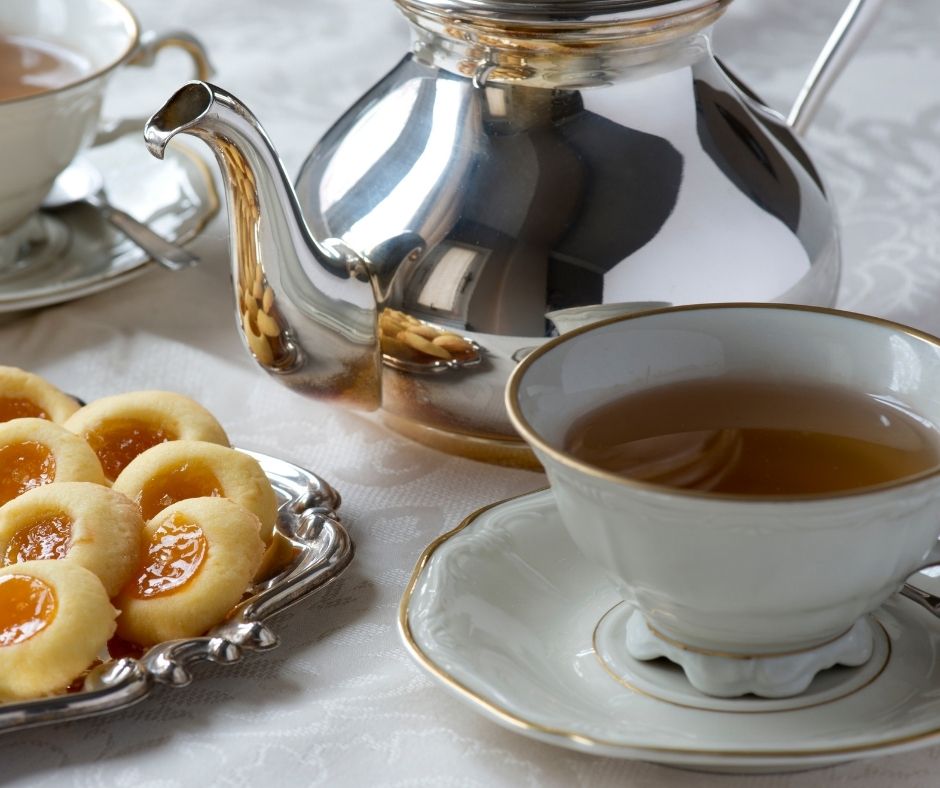 The afternoon tea is a richly developed quintessential British tradition that follows a unique set of rules and etiquette. Going out for afternoon tea is the favorite pastime for people visiting London. From five-star hotels to restaurants and even local teashops, the city offers a wide choice of options for people to enjoy culinary and social delight. This etiquette guide covers the basics of having afternoon tea in London like a pro and enjoying the experience in a confident and relaxed manner.

When it comes to having afternoon tea, using the right language forms the most important part of etiquette. It is better to refer to the ritual simply as “tea” rather than “afternoon tea”, or “high tea”. The tea is not “taken” but rather “had”. When placing the request for the brew, one always says “some” instead of “a cup of” tea.

Dressing For The Occasion

Dressing up for the occasion has been an integral part of the tradition of enjoying afternoon tea. While many establishments in London have adopted a more casual dress code to keep up with the changing times, they still expect their patron to be smartly dressed. So, while there is no need to dress up in formal attire, having tea wearing sportswear and trainers is a complete no-no. 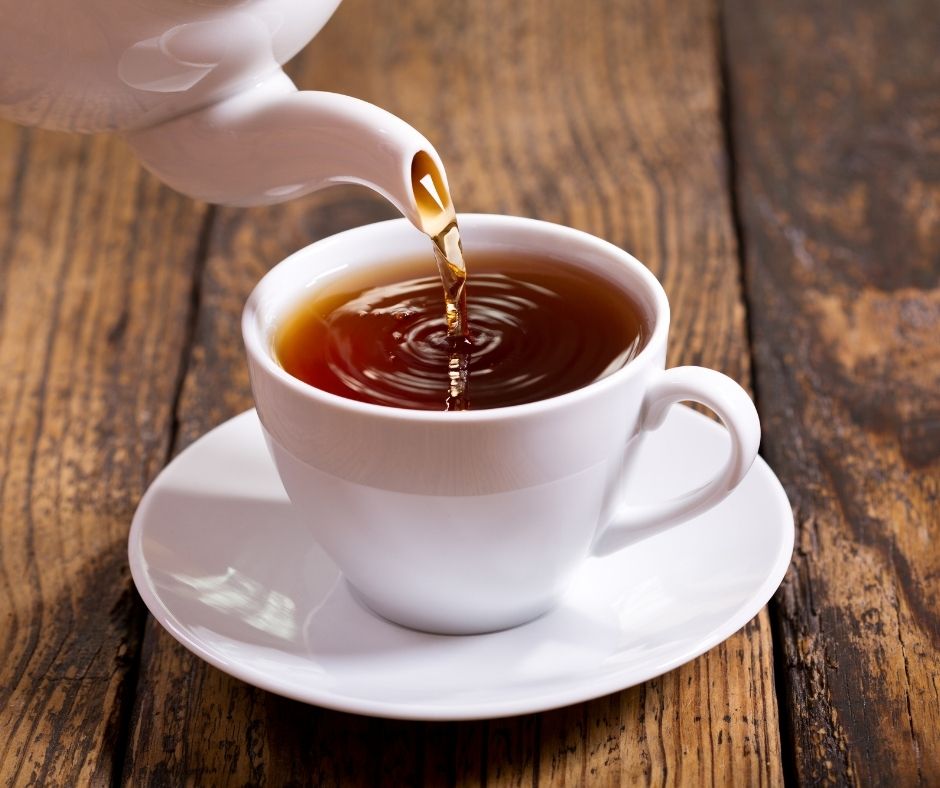 Most hotels and restaurants in London serve loose leaf tea with the leaves floating in the teapot. So, using a strainer is recommended while pouring the tea to avoid the leaves from getting into the mouth. The important thing to remember is to place the strainer back in its holder once the tea has been poured to avoid staining the tablecloth. Also, the person pouring the tea should serve themselves last after working their way through all the guests.

The tea can be customized by adding lemon, sugar, or milk to match the personal tastes of the patrons. Irrespective of the manner of customization of tea, stirring it correctly is an essential part of the protocol. The best way to stir the tea is by gently waving the spoon in a back-and-forth position instead of moving it in a circular motion in the cup. Care should be taken not to ‘clink’ the spoon against the sides of the cup. After stirring the tea, remove the spoon and place it on the saucer at the side of the cup.

One also needs to follow specific rules while drinking the tea to maintain the majesty of the tradition. The first and most important of these rules is that one needs to drink the tea in small sips with a break of several seconds between the sips. Secondly, the common mistake of extending the pinkie finger while sipping the tea is highly unacceptable and avoided at all costs. Rather than hooking a digit through the cup handle, one should hold it tight with the thumb and index finger, while using the middle finger for additional support. 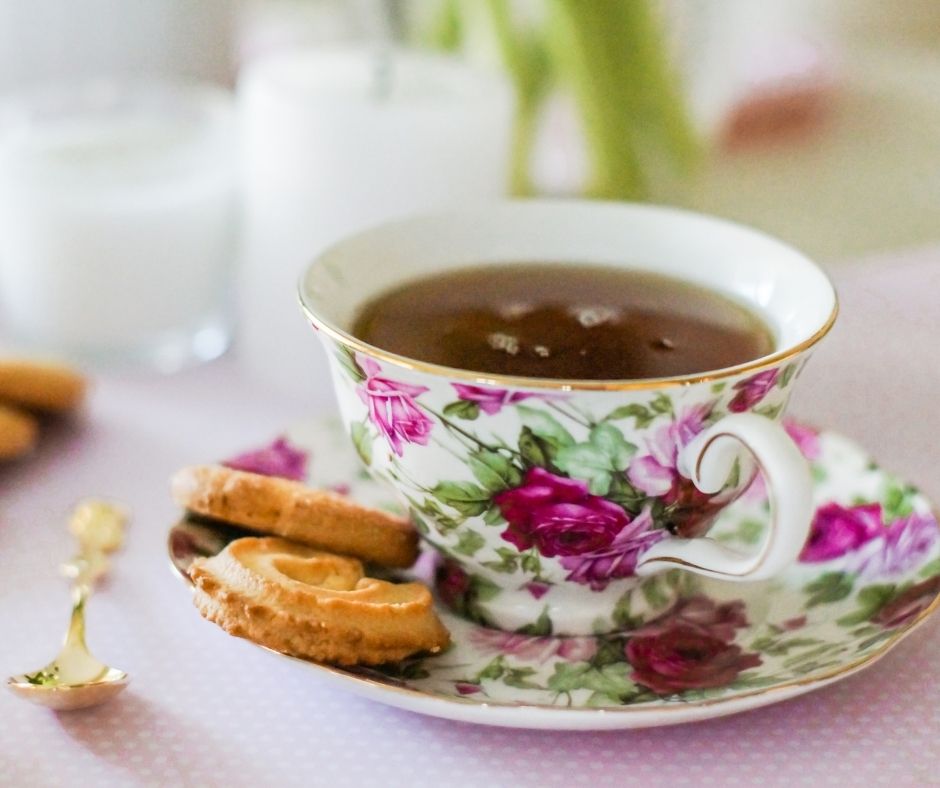 The British afternoon tea is incomplete without the accompaniments of scones, sandwiches, and cakes. According to common practice, the best way to eat these accompaniments is by taking one and breaking off a small piece, and then topping it off with the desired amount of butter, cream, or jam before eating it. Eating the accompaniments in the proper order is also essential. So, one should start with sandwiches, followed by scones, and finally end with cakes.

Opting For A Second Round

One of the best aspects of having afternoon tea in London is that they almost always come with second helpings. So, asking for a second round of tea along with all the accompaniments is considered a compliment rather than a sign of gluttony. That is why British afternoon tea is so filling and should be treated like a meal rather than a light evening snack.

Most people are unaware of the right etiquette to follow about ending the ritual in the right way. For this, the patrons should lift the napkin from their laps and pat their mouths with it. The napkin should then be placed on the table at the side of the plate in an unfolded position.

In addition to these tips and tricks, exploring the city of London with afternoon tea is easier than ever before with minimal mistakes.