10 Ultimate restaurants in London you must visit 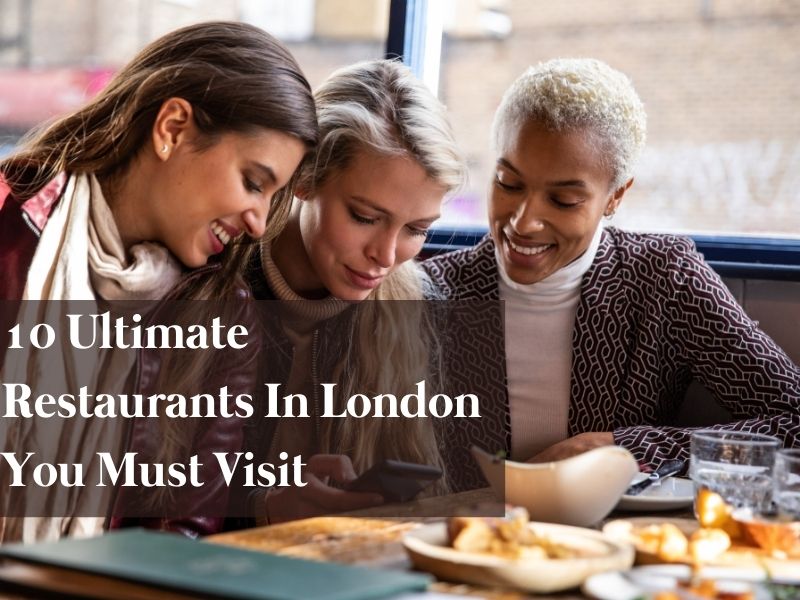 The London city is known to burn and, in a culinary matter, to pay homage to the best of the world’s cuisines.

It is impossible to compress so much variety and so many different categories into a ranking: French cuisine, classicism to the nth degree, oriental invasion, and even Spanish presence.

London is one of the largest gastronomic embassies that exist. When it comes to prioritizing some restaurants and not others, we are guided by the Michelin star map, by customer ratings, and tastes in general.

We add, subtract, score, and this is the result: the 10 best restaurants in London. 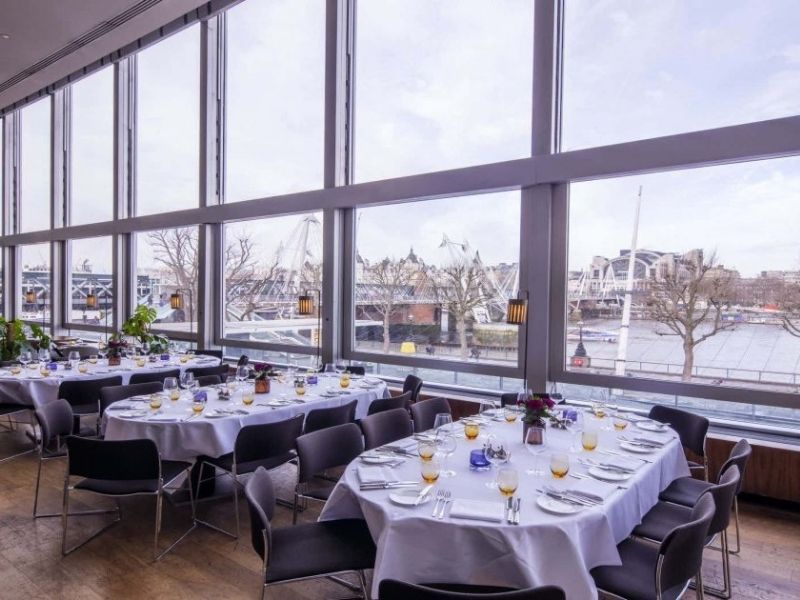 A must-see place to eat in London is Skylon, one of the most beloved British restaurants, and one of the most visited by tourists who go in search of good food and a calm atmosphere. The Skylon Bar & Restaurant has a super modern atmosphere, and its highlight, in addition to well-known dishes and wines, is the beautiful view from there to the English capital.

The restaurant’s kitchen is in charge of Chef Adam Gray, who offers customers the best British cuisine with meat dishes, vegetables, salads, and sumptuous desserts. It is located in the Royal Festival Hall on Belvedere Road. 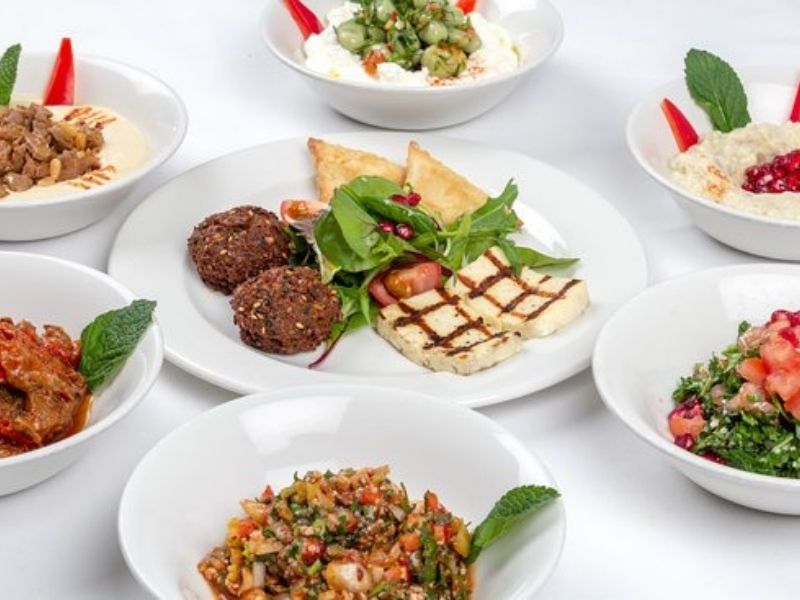 Sofra is a chain that has some outlets in the English capital and several branches around the world, including New York. Sofra is considered the best Turkish food restaurant chain in the world outside Turkey. Among the dishes on the Sofra menu, you can choose between salads, fried eggplant, the typical börek (stuffed cake), falafel, grilled sujuk, baba ghanoush, and others. Another positive point of Sofra is the very affordable prices. It is located at Ozer Oxford Circus, 5 Langham Place. 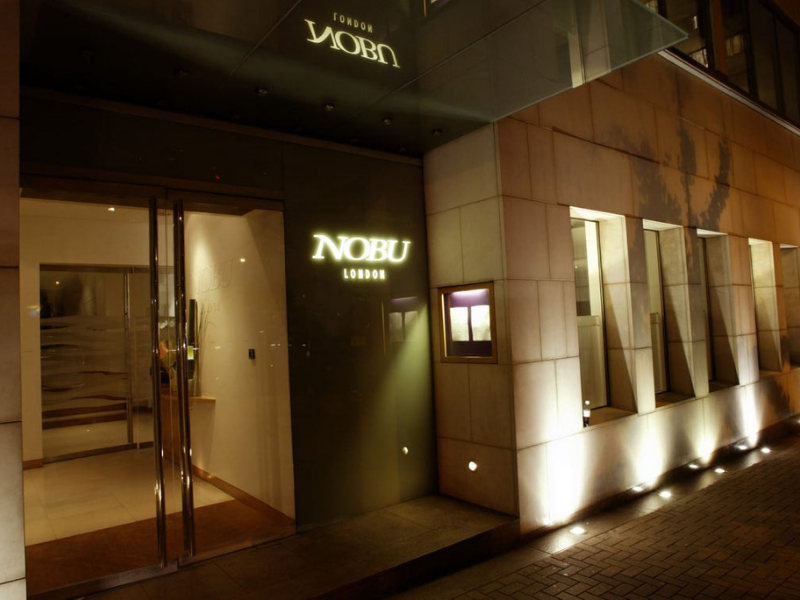 Another tip for restaurants in London is for lovers of Japanese cuisine: Nobu on Berkeley Street. The restaurant received a Michelin star, which made it one of the most sought-after gastronomic spaces in the London capital.

The entire decoration of the restaurant is clean and super modern, which makes the place very attractive. In management is chef Mark Edwards. Among the dishes available at Nobu are sushi, sashimi, temaki, yellowtail jalapeño, and others. 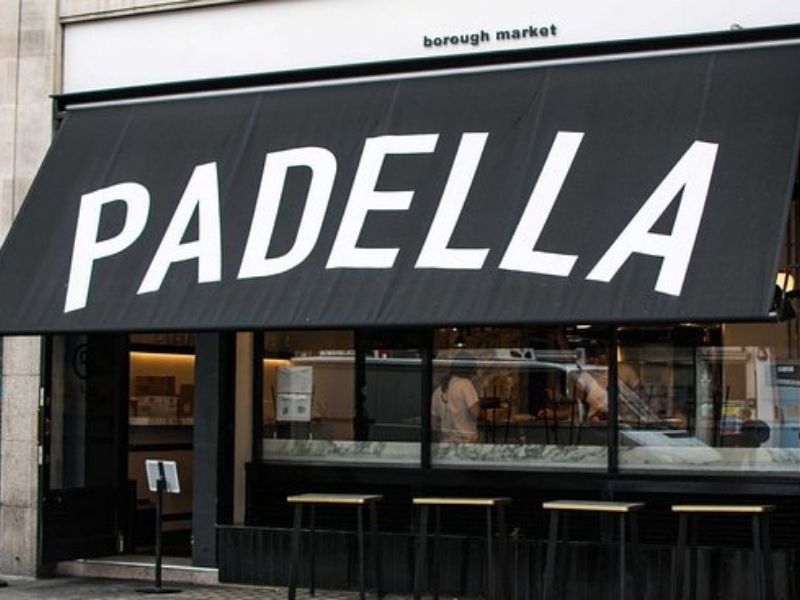 This is one of the most recent discoveries in the capital, a restaurant that different online tour guides have praised. It serves fresh pasta dishes of all kinds. There is a complete menu of dishes that changes daily, so you can try more than one dish and leave the restaurant very satisfied. It’s all freshly made and cooked, right in front of you, and people sit at an L-shaped counter in an all-glass, marble, and steel setting. 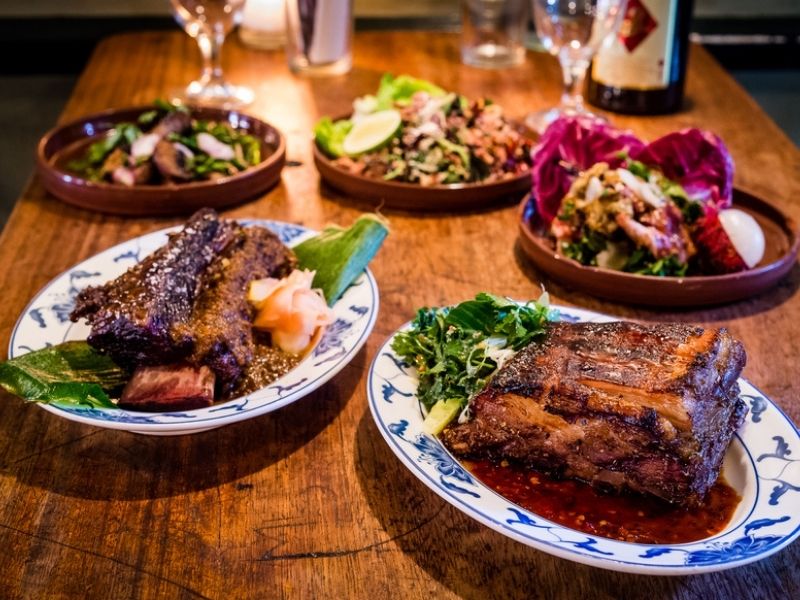 This is chef Ben Chapman’s third Thai hotspot. Its first restaurant, which has now closed, marked the arrival of contemporary Thai food in London in 2014. He then opened the famous Kiln in 2016 to critical acclaim. Smoking Goat, the newest restaurant, maintains its methods and brings authentic flavors from Northern Thailand and Southeast Asia in general, with well-prepared ingredients. It’s a candlelit place that could have passed for a pub if it weren’t for the smoke-filled open kitchen. 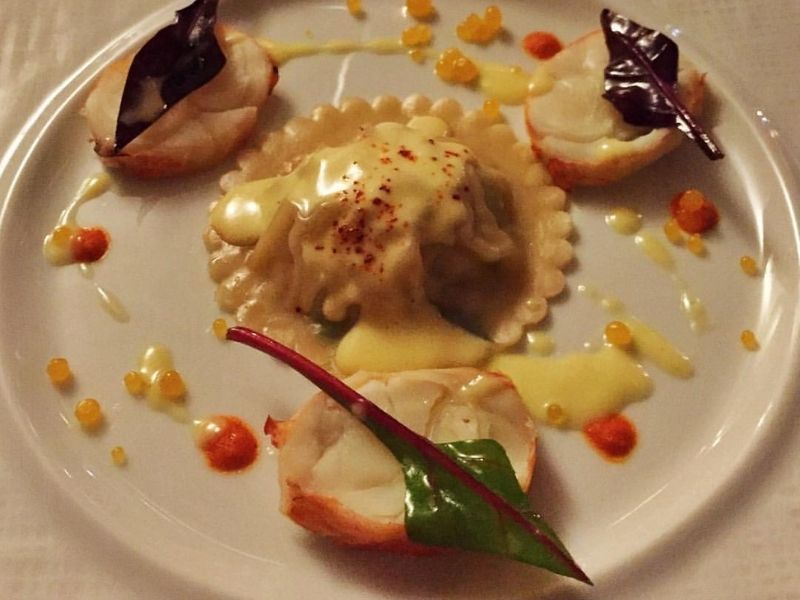 Although for fame, that of this chef who transcends stoves turned into an international media star. With an emporium in his hands, Ramsay sits on the chair of French cuisine from his restaurant in the Chelsea neighborhood, the other three stars in the city and this time an essential of contemporary haute cuisine now commanded by chef Clare Smyth. The dishes are still complex and generate a sensory explosion. 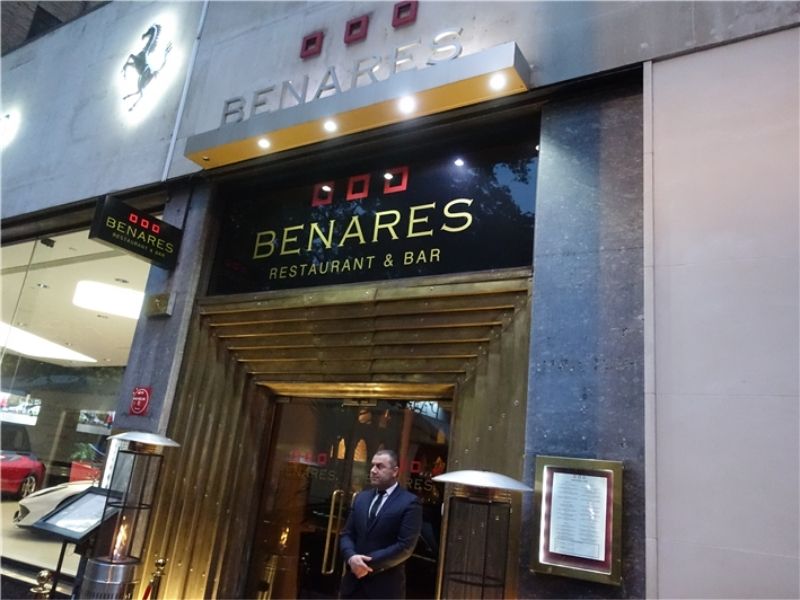 Benaras is known as the best Indian restaurant in London. At his disposal, famous chef Atul Kochhar has an intimate and chic restaurant, very well decorated and with a powerful cocktail bar. He adds some English touch to the eternal Indian recipe book. The Mayfair surrenders to the glamour of its haute cuisine. 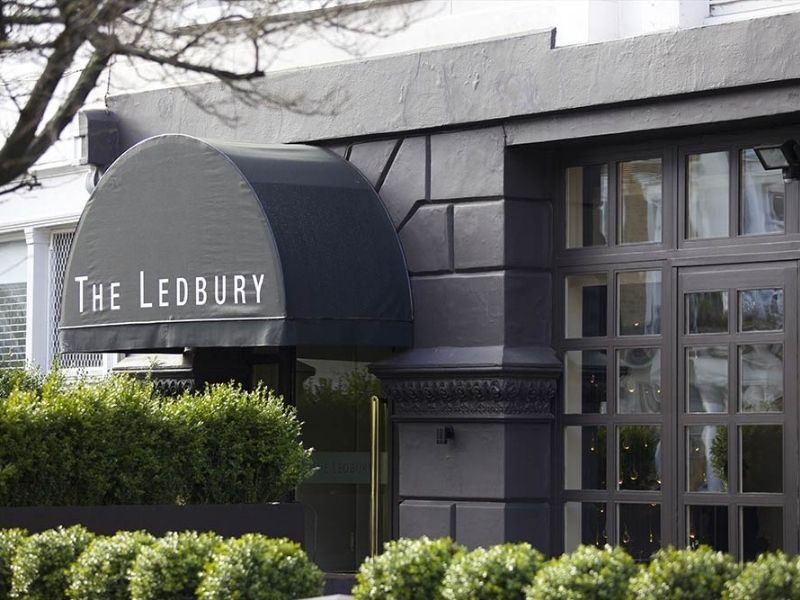 The Ledbury is a two Michelin stars holder restaurant. The fine dining experience of this restaurant falls on the formal spectrum and it does not come cheap, at all. The staff is very polite and gentle whereas the maitre d’ welcomes you as an old friend. This Notting Hill pub is a safe bet for the different international influences that Australian chef Brett Graham introduces in his original plates. 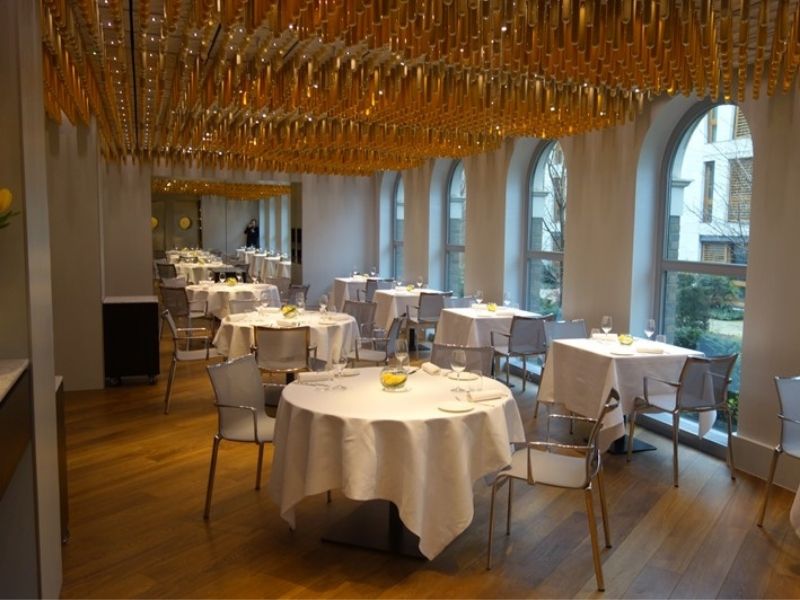 It is something of national pride to close the list. In London, the Pike in Flanders is understood – of the Arzak family is located inside the design hotel The Halkin by COMO, in the exclusive neighborhood of Belgravia. In this setting that takes away the hiccups, the contemporary version of Basque cuisine shines, with the curiosity of a perfect tapas menu to remember with the palate: its Gildas, its Iberian ham, it’s cod kokotxas, its croquettes, its piquillo peppers. Everything is just so exotic here. 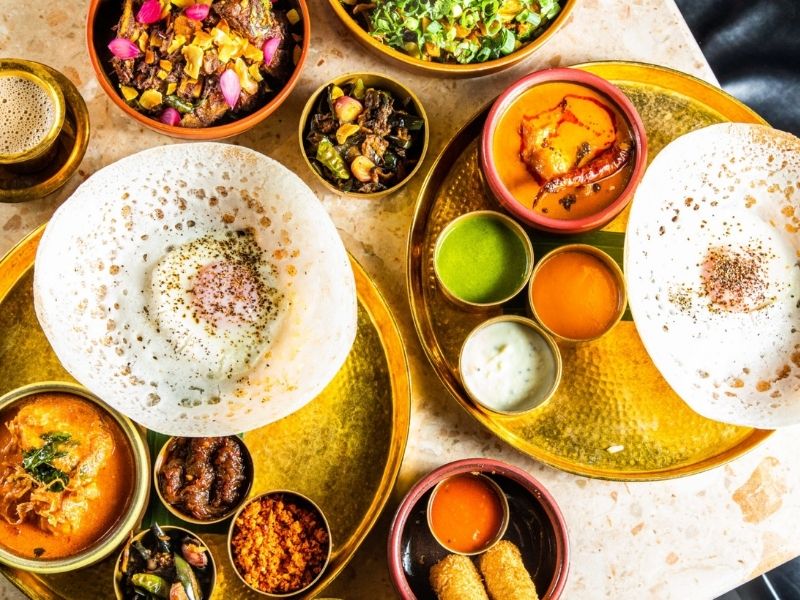 When you want to give your mouth a taste, then nothing can be better than Hoppers. The exotic marrow Varuval (a type of dry marrow curry to spread on a buttery roti), Appam, and a variety of curries are there to give your tastebuds a mouthful of yummy delicacies. Moreover, there is nothing like Hoppers in London. Sure, there is good Sri Lankan food in some areas of the capital, but very few restaurants exclusively focus on Sri Lankan cuisine.

We recommend, whenever possible, to make a reservation for the restaurant of your choice. Restaurant bookings can be made online without any difficulty.